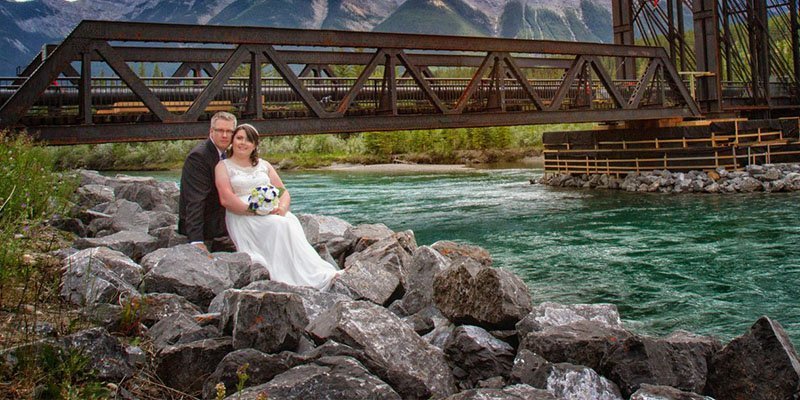 Michael & Zoe were married on July 9, 2016 at the Our Lady of the Rockies church in Canmore, AB.

A congenial and ever smiling Father Wilbert Chin Jon presided over the ceremony giving the newly weds his blessing along with sound advice on not just being “in love” but partaking of “heroic love”.  The kind of love that understands that relationships aren’t always convenient but can be everlasting. 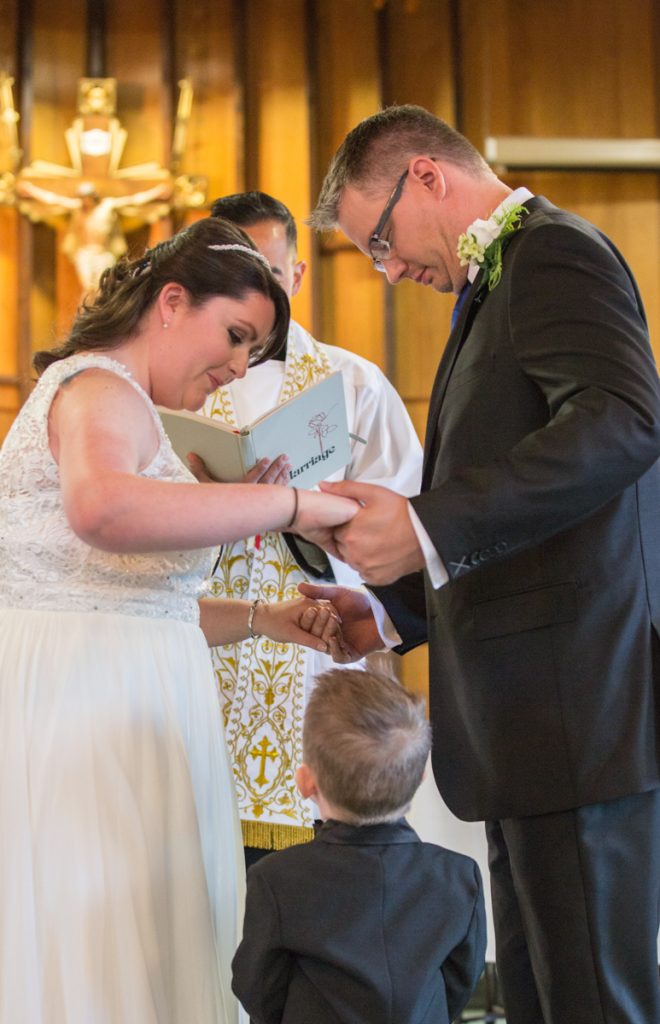 Zoe & Mike were supported by the love of friends and family, the most enthusiastic of all being their 3 year old son, Kiegan, who gave Zoe stiff competition for being the star of the show with
his absolute adorableness and charming, albeit, unpredictable antics during the ceremony.  A favorite moment for me and one I am not likely to forget is watching Kiegan leisurely lounge on the floor beneath his parents while they said their vows.  It was priceless. 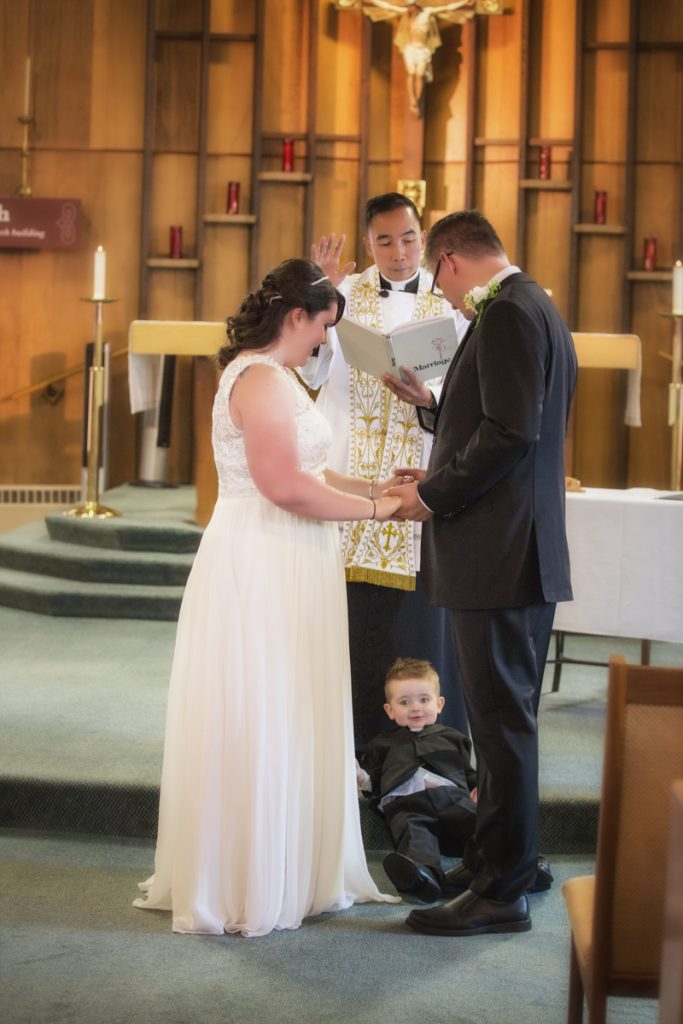 The tenderness in which his parents opened their arms to include him left me with a pang of jealousy in my heart that my own children were not a part of my wedding day.  I’m pretty sure Troy felt the same, because when my eyes found his from across the church he had that “OMG-I-love-our-babies” look and possible even a few sappy tears in his eyes.

The entire ceremony continued on in this sweet & loving fashion.

We were blessed in other, smaller, but equally important ways in that the weather held up for our portrait tour after the ceremony.  Kind of…

…and kind of not!  The session ended in a deluge of Biblical intensity.  The rain came down with such ferocity that Troy and I had to return home to dry off gear and change our clothes.   A first time in my career that I’ve ever gotten so wet shooting a wedding.

But as they say, all’s well that ends well.  The couple arrived at Gaucho’s Brazillian Grill to meet the rest of the guests for the reception and by the end of dinner it was blue skies gain.  Such is summer in the mountains.

A big thank you to Michael, Zoe & their wonderful families for welcoming us into their family for a great day.  We hope your days together will be, literally and figuratively, blue skies and sunshine.

Hair & make up provided by The Loft Studio in Canmore

Ceremony: Our Lady of the Rockies Catholic church