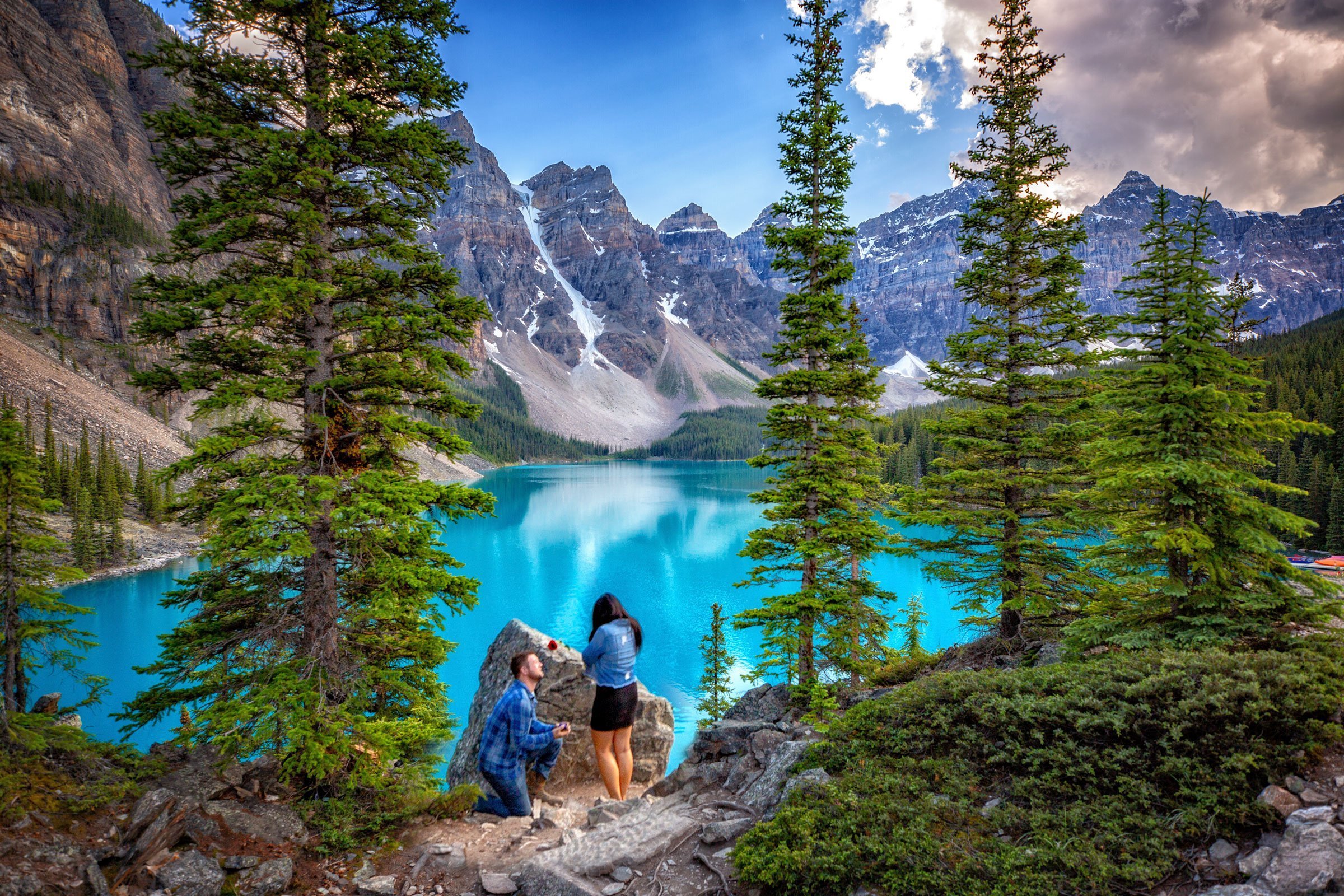 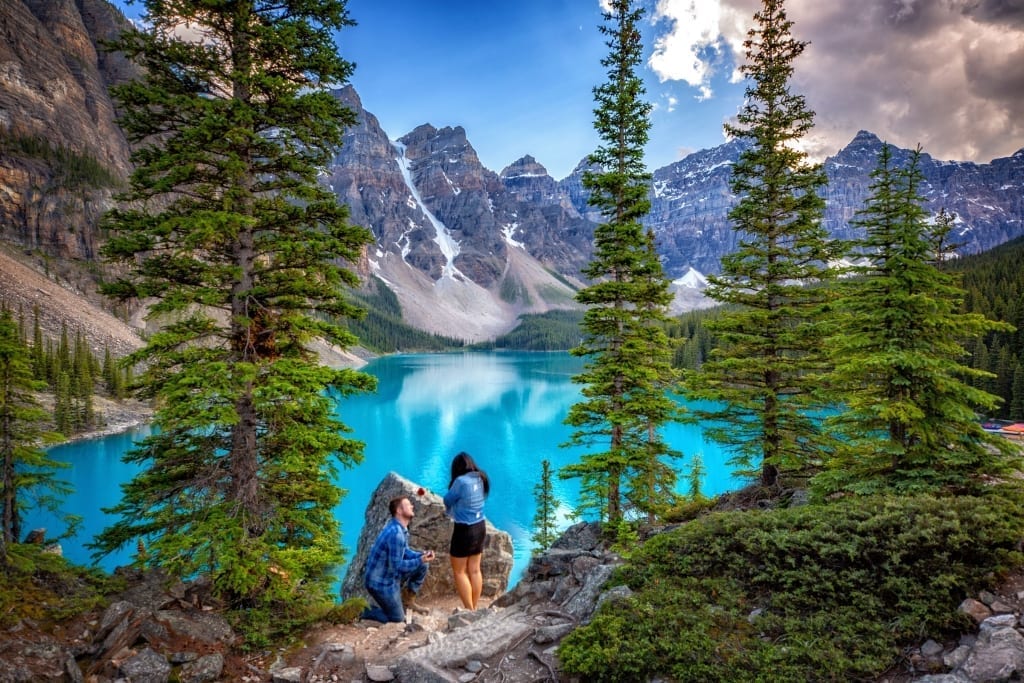 Proposal of Marriage at Moraine Lake on Lake Louise caught in photos.

Carli made Jesse’s dreams come true on Tuesday by saying “yes” to his proposal of marriage. Jesse bent the knee and proposed high above the vibrant blue waters of Moraine Lake at a pre-designated spot along the famous Rockpile.

It is always a challenge to find a modicum of privacy at Moraine Lake. Troy and I had scoped out a striking vista that would be easy for Jesse to find and ideal for his big question. We had planned the event together for months. I had even gone to Moraine Lake and video tapped a proposal walkthrough that Jesse watched to the point that he had the entire clip memorized!

On the designated day, the road to Moraine Lake was closed due to crowds. We had expected this and were ready with several back-up plans. We explained to the road crew what we were doing and, thankfully, they let us in. We gave them a description of Jesse’s truck, just to be sure he was allowed in as well. Jesse knew in advance to pull his car over and check with the crew on the gamble they would have a soft spot in their heart for a fella about to take the marital plunge.

In the end, it all worked out and turned out to be a day of dreams coming true for the happy couple.

Are you planning to propose on Moraine Lake on Lake Louise?
Here’s to a lifetime of happiness. 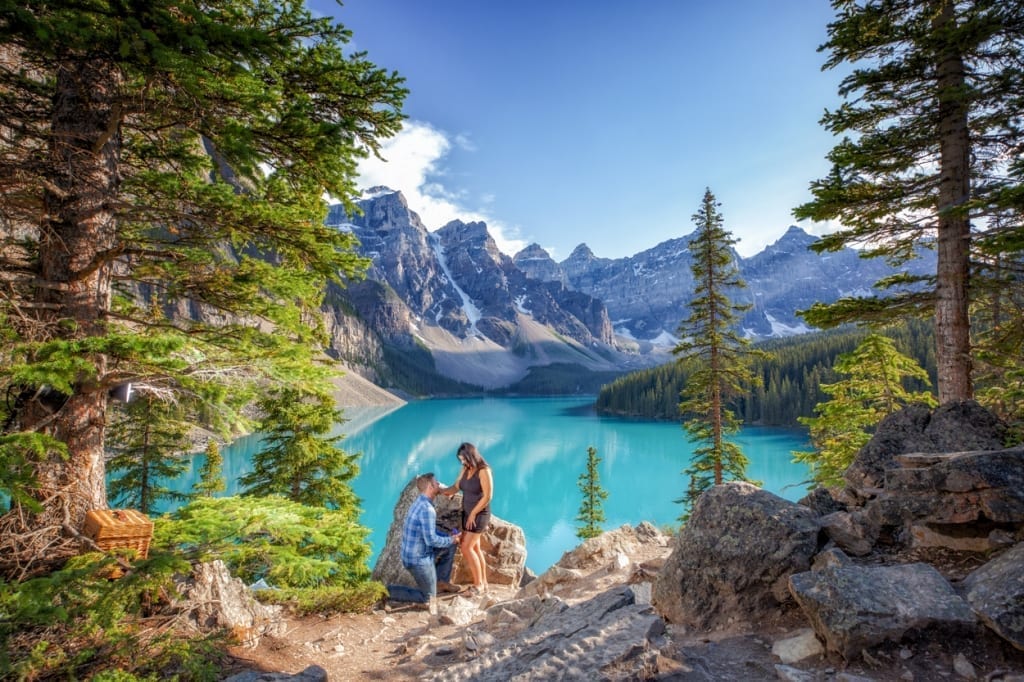 Despite the usual crowds at Moraine Lake, Jesse had a spot all to himself. 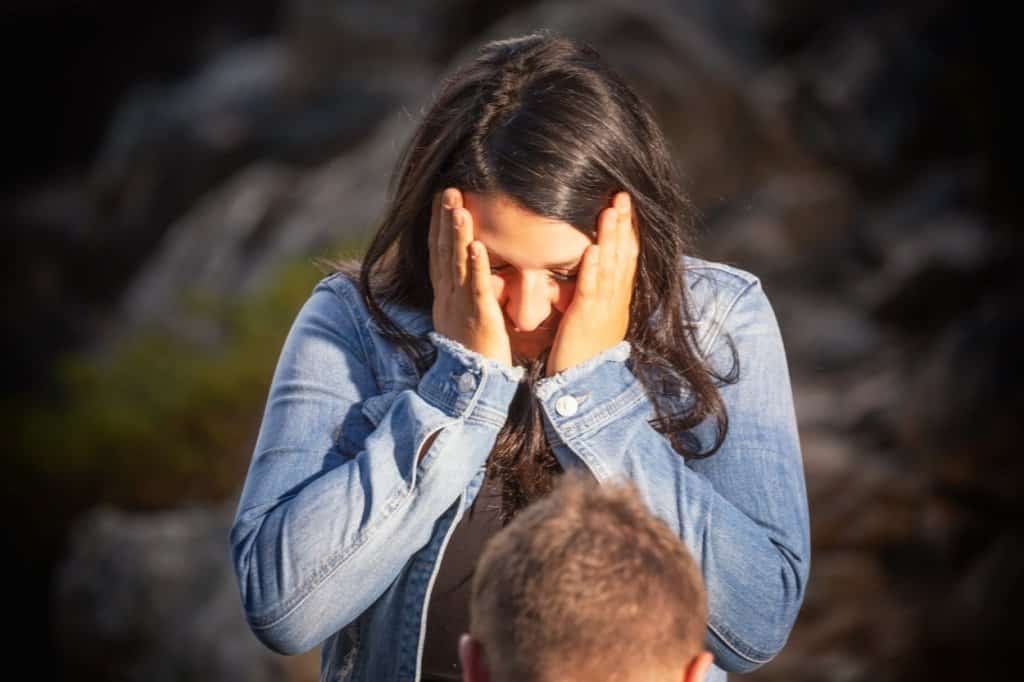 Carli was taken completely by surprise!

The happy couple celebrated with some Prosecco. 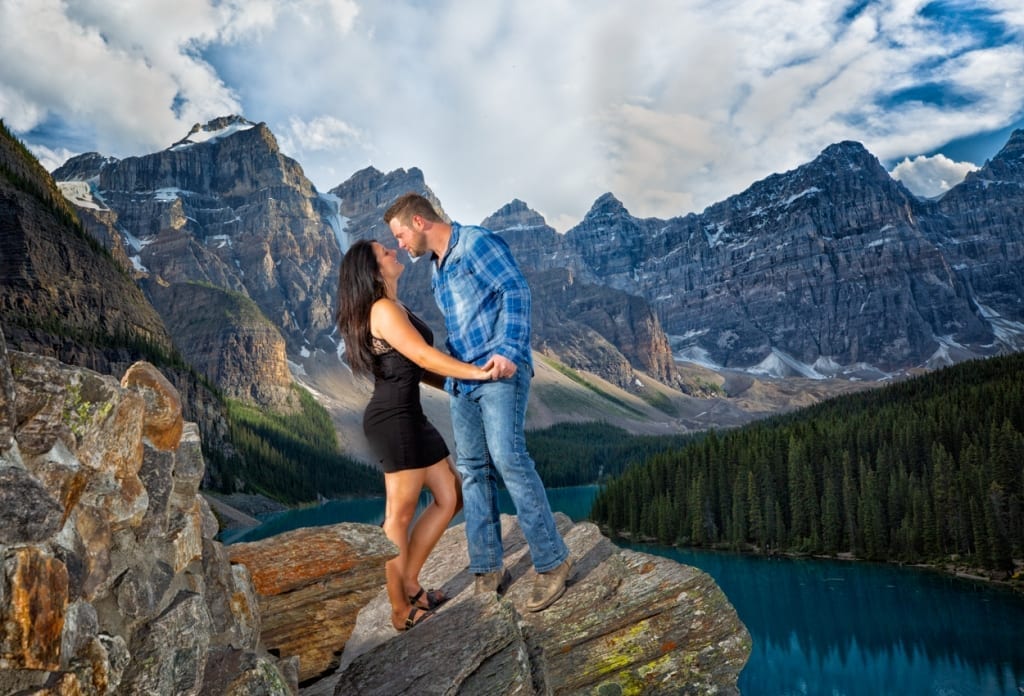 After the initial shock, we parlayed the excitement into an engagement photography session. 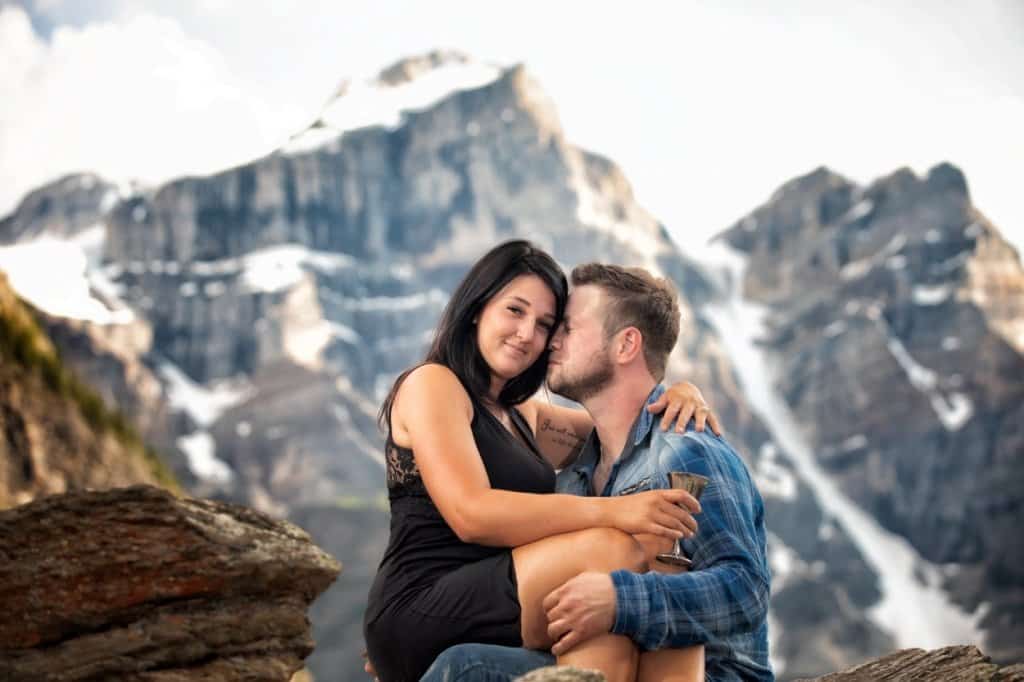 It was a day to remember for this guy and his gal. 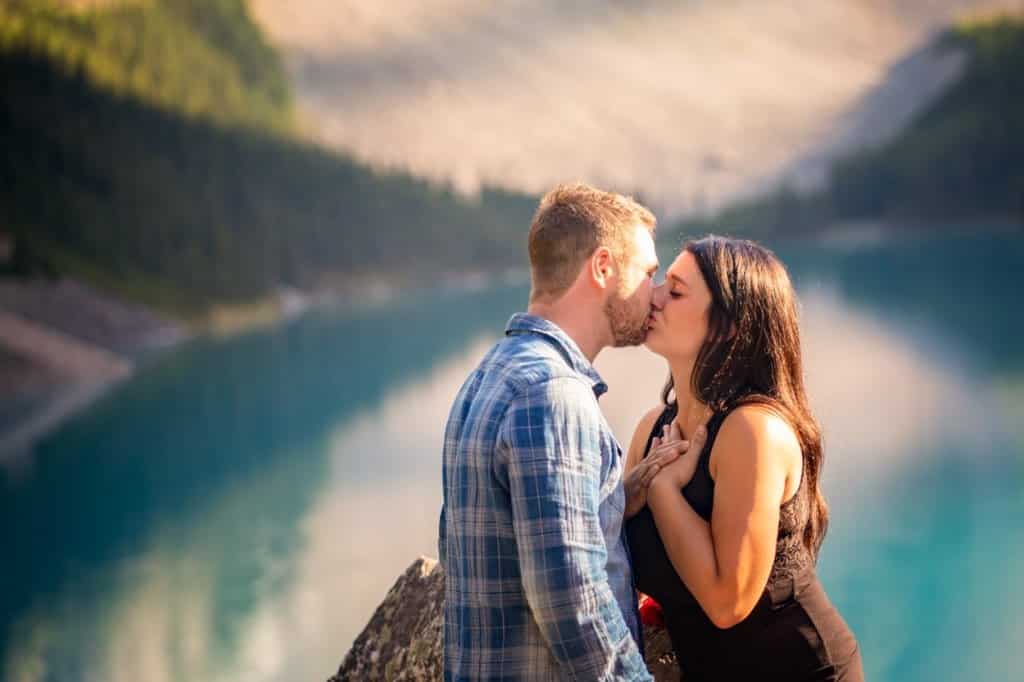 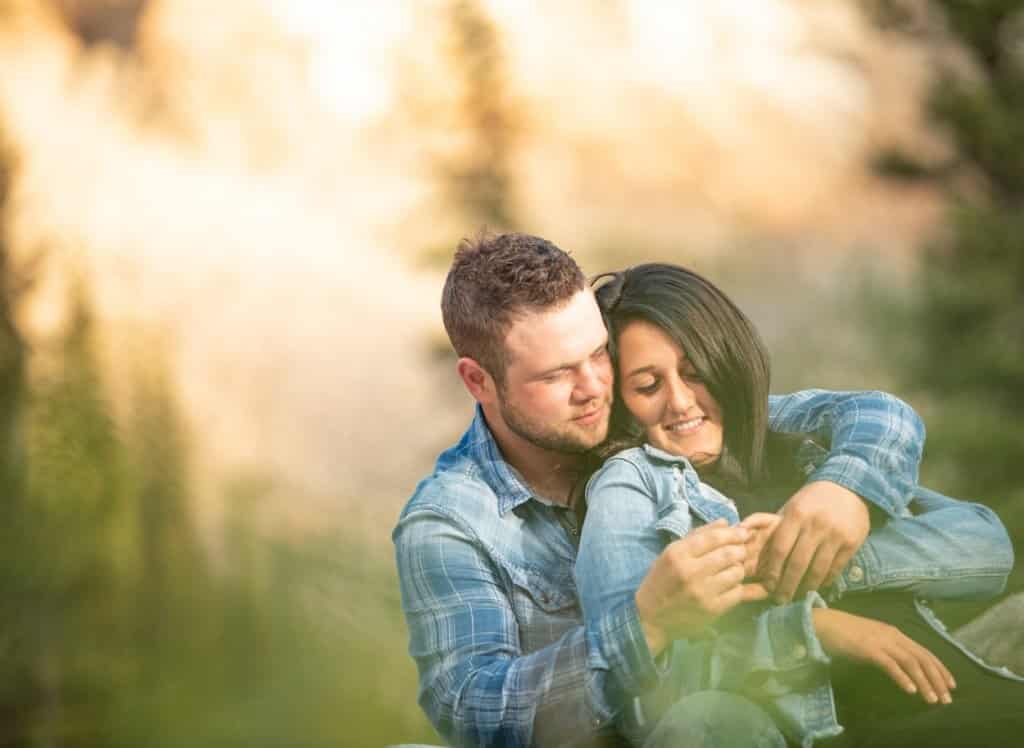 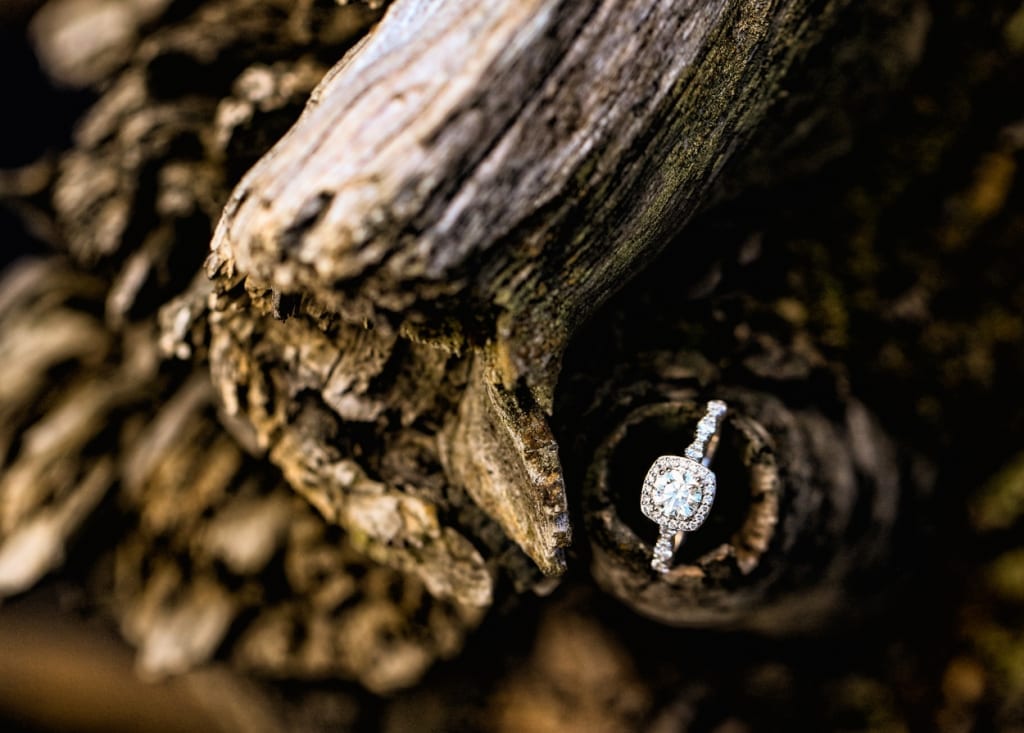 Check out these proposal stories for inspiration: 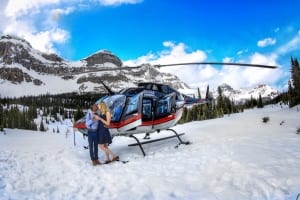 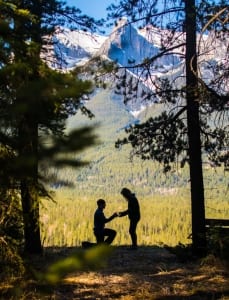 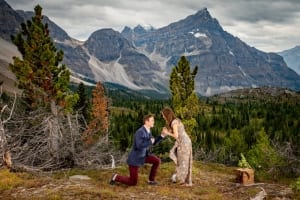